Richard doesn’t believe in following trends, he believes in finding the hairstyle that works with your individual natural beauty. It’s this attitude that sets him apart from the rest and brought him success in Cairo’s hair salon scene in such a short time.

Almost four years ago, Chez Richard opened its doors in Mohandessin and it quickly became known for quality styling. From sophisticated cuts to stylish hair colouring, the salon is all about individualised service. Most importantly, though, it’s about achieving a natural look. “A woman shouldn’t look like she just came out of the salon, her hair should look totally natural,” explains Richard.

Five months ago, Richard decided to open a second branch in Sheikh Zayed. “After the revolution, people were a bit afraid to come down to Mohandessin, so we decided to find another location,” says Richard. Sheikh Zayed became the obvious choice when he discovered that a lot of his clients resided in that area. Providing clients a relaxing retreat from the bustle of the city, Richard decided to keep the style of the new salon simple and clean with lots of natural light flooding in through large windows.

At Chez Richard’s, clients know that they are in the hands of a highly experienced hairstylist. Richard has styled many prominent Arab celebrities. The trust celebrities have in his expertise and taste is added testimony that Richard provides his clients the highest quality of service. Richard is also known for his particular expertise handling the unique characteristics of Arab hair. “Arab women’s hair is generally dark with naturally reddish tones,” explains Richard, “which means we have to be careful when dyeing it so it doesn’t end up turning orange in the summer sun.”

Deep knowledge of the characteristics of his client’s hair translates into a very personalised approach where stylists find the products, treatments and hairstyles that work specifically for your hair type. Richard notes that even the best products could be damaging hair if they are not used correctly. “Not all curly hair is the same.  For example, there is a huge difference between thick curly hair and thin curly hair, whether or not it is dyed,” says Richard. He insists that it is important to take all these factors into consideration.

Other factors that Richard takes into account when styling a client’s hair include the shape of the face, the skin tone and the client’s personal style. “I don’t believe in hair trends. You should pick whichever style suits you,” Richard explains, adding that the little details like the colour of your eyebrows and how you dress should be taken into account before taking fashion risks with hair. He adds that fads come and go in Egypt, like the popular dip-dye, the short hair bob and keratin hair treatment. As fashionable as these trends are, they are not for everyone.

The importance of individual characteristics is particularly true when it comes to picking from among all the hair treatments available these days. With so many to choose from, it can sometimes be confusing to figure out which one would work best for you. But generally, Richard assures his clients that thanks to technological advances in treatments, like keratin for example, they cause far less damage to the hair than they used to some time ago. With the help of new and improved products, the salon has become especially known for their professional, long-lasting colouring.“There are certain products that lighten hair up to three degrees, without damaging it,” he notes. Given Richard’s long professional experience, we can take his word for it.

Richard has also become famous for his exceptional skills producing exceptionally beautiful sophisticated bridal hairstyles. His motto is to keep things natural. Richard strives at achieving perfection without going overboard. It is no wonder that so many of Cairo’s most beautiful brides are styled by Richard.

Whatever you decide to do with your hair, Richard refuses to act like a salesman. “I want my customers to feel good about themselves. It’s important to have their trust so we can find the look that works best for each woman,” he says. The emphasis on trust is also reflected in his careful choice of the salon’s staff. They have to be very capable, striking the perfect balance between technique and style, in order to maintain their customer’s trust.

Businesswise, Richard notes that the success of Chez Richard’s salons is based on strong foundations, in large part due to the invaluable support of his business partner, Mohammed Ali. This gives him confidence that their success will continue for a long time to come. So next time you feel like getting a natural look that fits your style perfectly, make sure you visit Chez Richard in Mohandessin or Sheikh Zayed. 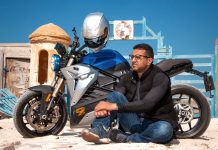 Around Egypt in 100 Days 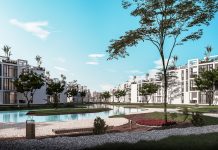 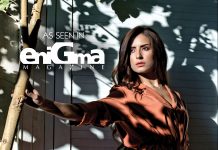 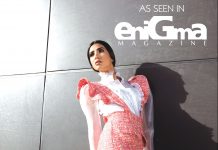 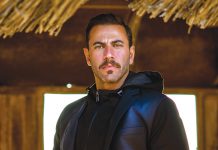 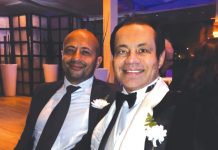