It’s not every day that a director casts 2,000 goats to find his lead actor. That was the plight of Sherif El Bendary, who took on the herculean task of directing Egyptian feature film Ali, the Goat and Ibrahim the lone Arab film to screen at the Marché du Film, the marketplace that runs alongside the Cannes Film Festival in May every year.

Put plainly, there is nothing normal about this film: simply finding the goat to play Nada took four months and a countrywide search. Eventually, the perfect three-month-old kid was found to play the love interest of main character Ali (played by Ali Sobhy), who is convinced the goat possesses the soul of his former girlfriend.

The bizarre plot led to lengthy complications before filming even started. The script endured 17 rewrites and a directorial swap that allowed El Bendary to make his feature film debut. His challenge was not only to guide a disparate team of actors, but to direct a goat in 70 of the 100 scenes shot across Cairo, Sinai and Alexandria.

Miraculously, however, it all worked out.

The screenplay – which also features dejected musical genius Ibrahim who hears voices in his head (played by Ahmed Magdy), along with a classic love story tying a reformed prostitute with a bus driver – was conceived by Ibrahim El Batout and Ahmed Amer back in 2010. El Batout withdrew from the project years before El Bendary came on board as director, and hence the 17 rewrites.

“I’m not one of those directors who accepts the job of directing a screenplay as it is,” El Bendary explains. “I have to give my own impression of it so that I can be enthusiastic to work on it. I believe in the director contributing to the writing process – or at least expressing himself in some way through the writing – because in the end it’s his project.”

Amer, who studied writing and directing in New York before moving back to Egypt, was his perfect scriptwriting foil. “We worked closely to make sure the script is a reflection of his vision as a filmmaker,” Amer confirmed. “We were both very clear on what the film was about and why we were making it.”

In its essence, Ali, the Goat and Ibrahim is a classic buddy road trip movie about finding oneself through friendship and travel. After both protagonists visit a psychic to rid them of their peculiarities, they set off on a mission to throw a stone into each of Egypt’s main body of waters: The Nile, the Mediterranean, and the Red Sea. The two – along with goat Nada, who steals most of her scenes – part off on a maddening journey that manages to tie everything together.

“This type of plot was one of the main reasons I got excited to work on this project,” says Amer, who refers to the storyline as “unconventional”. “It allowed me as a screenwriter to free myself and explore a genre that is not so common in Egyptian cinema: Magical realism. “I also insisted on adding that comedy element in the film, something that was not actually intended from the beginning. I felt this genre of absurd dark comedy would be ideal to tell this story.”

Ali, the Goat and Ibrahim raised funds from multiple sources, including institutions in Egypt, Qatar, Germany and the UAE. It even won a €10,000 grant from France’s World Cinema Fund.

The film debuted at the Dubai Film Festival last December, and won over critics with its combination of humor and personal triumph.

Along with its June release in France – where it increased distribution from 30 to 44 screens – the film made its debut in Egypt on March 1st, and will screen in Dubai and the rest of the Arab world later this year. 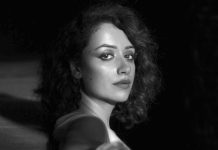 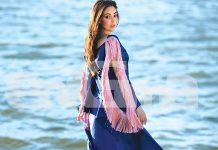 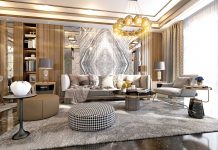 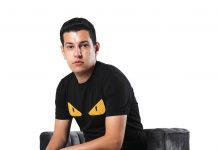