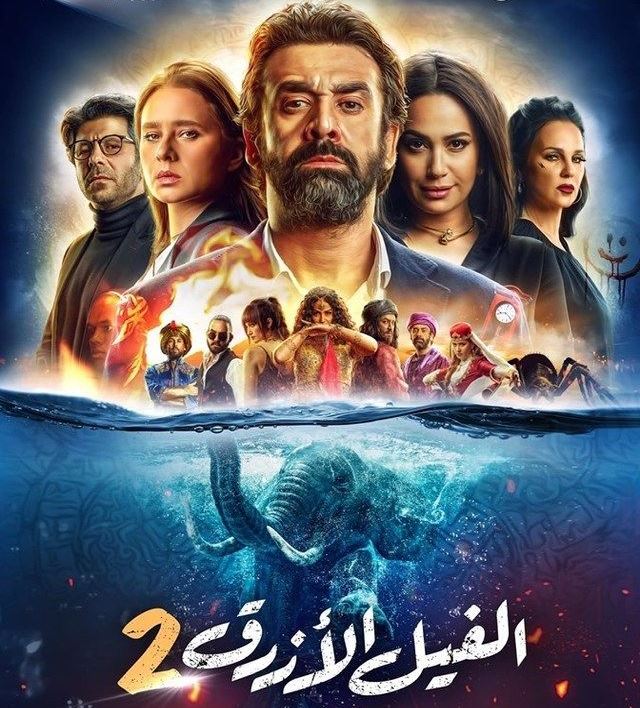 The highly anticipated sequel to the 2014 blockbuster El-Fil El-Azrak (The Blue Elephant) has finally hit the big screens. The first film which starred Karim Abd El Aziz, Nelly Karim and Khaled El Sawy is regarded as one of the best films in the history of Egyptian cinema. Critics praised it for its accurate adaptation of Ahmed Mourad’s novel by the same name and its topnotch cinematography and visual direction. With the massive success of the first film, the bar for its sequel was set extremely high and fans’ expectations went through the roof.

The sequel welcomes Hend Sabry and Eyad Nassar into the star-studded cast, with Sabry playing the main antagonist of the story. Directed once again by Marwan Hamed, the second film doesn’t stray away from the elements that made the first film so attractive, sticking firmly to the supernatural lore of the eerie world that Mourad created in his novel. The story continues with another bizarre supernatural curve ball thrown at Dr. Yehia (Abd El Aziz) and his wife Lobna (Karim) in the form of a murderous prisoner (Sabry) who drives Dr. Yehia back to the forsaken drug that helps him uncover the truth behind Sabry’s character.

Viewers watching the film were on the edge of their seats throughout, captured by the mystery of the captivating story and flinching at the occasional scares. They leave in absolute awe of the film, praising the cast’s extraordinary performance, with particular emphasis on Sabry’s incredibly terrifying portrayal of a possessed woman and Abd El Aziz’s dark, yet witty, character. The more prominent role that Nelly Karim’s character plays in this film is also definitely highly appreciated by the audience. The big roles that female characters play in this film, help significantly to balance out the action, deepening the story and making it more human than the first film. El Sawy’s cameo in this film also stands out. In just a single scene, he managed to steal the show leaving the audience smiling, while also creeped out by his mystifying and puzzling character.

The higher budget for the second film is apparent in the cinematography, which takes the film to new lanes of storytelling and sets the bar high for Egyptian filmmakers who may decide to venture into this genre in the future. The cohesiveness of the film’s use of colour as well as the beautiful filming locations, also help create a compelling atmosphere throughout. With so much CGI and special effects, the film’s cinematography clearly takes a risky route, however, in the end its careful execution definitely pays off. Nothing was off limits, including the unthinkable: a giant spider by the bent pyramid of Saqqara, flying whales on the beach and demonic dust flying through people. The costume design perfectly complements the script and story-line, with extravagant and over the top costumes that take the thrilling adventure to the next level.

Ending with a jaw-dropping cliffhanger, fans are left wanting more, with more questions than answers—just what the masterminds behind the film aim to deliver. A third installment in the series has been confirmed by the producers and the planning for production is already in motion. No word on a release date or details about the plot yet, but there’s no doubt that the creators are going to deliver yet another thrilling cinematic experience. A guaranteed audience awaits the third film, with the sequel having earned a smashing 62 million pounds so far in the box office, making it the biggest film of the year and one of the biggest in Egyptian history. 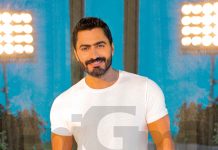 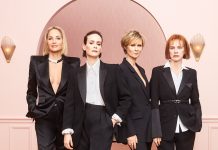 The Ladies of Ratched 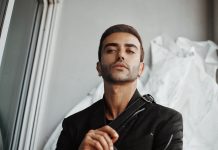 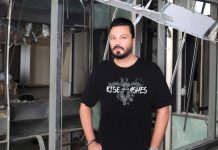 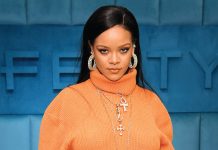 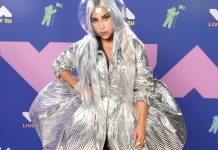